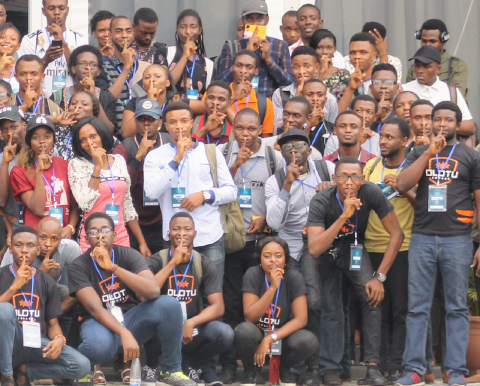 Excerpts from the Hack Day event.

Like a rainbow we emerge once again – Olotusquare Hack day was a blast.

This year we emerged in flying colors with a much bigger hall. We had hoped for 50 people but ended up with almost 150 participants.

The participants did not waste time in showing how eager/anxious they were in attending such an event as interactions began immediately among them on what to expect for the day. 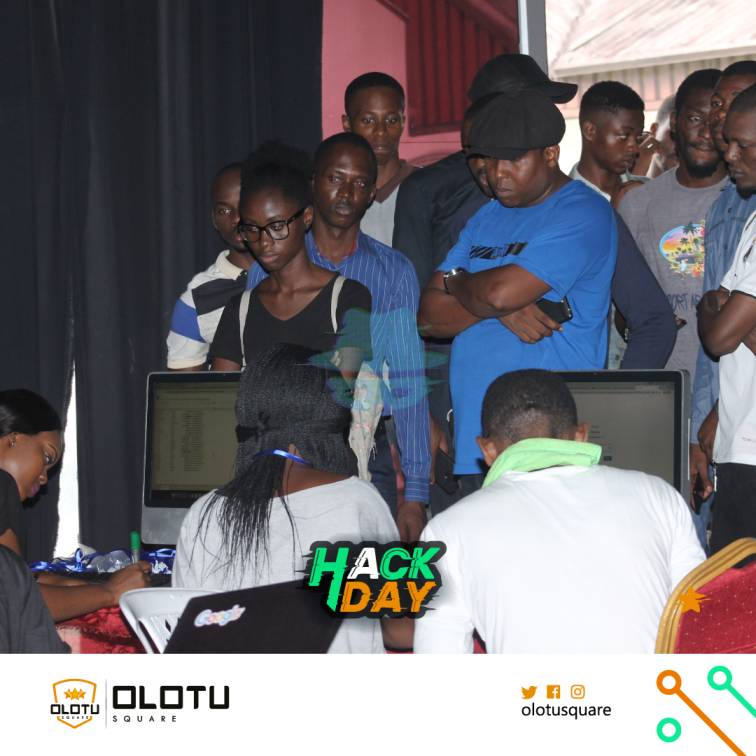 On arrival the participants proceeded to the registration section where our teams in black t-shirts and blue jeans attended to them, tags and necessary materials were given to them.

After registration, the participants moved to the installation section where the tools for the event were installed on their various laptops in order to get them fully set and ready for the practical session. 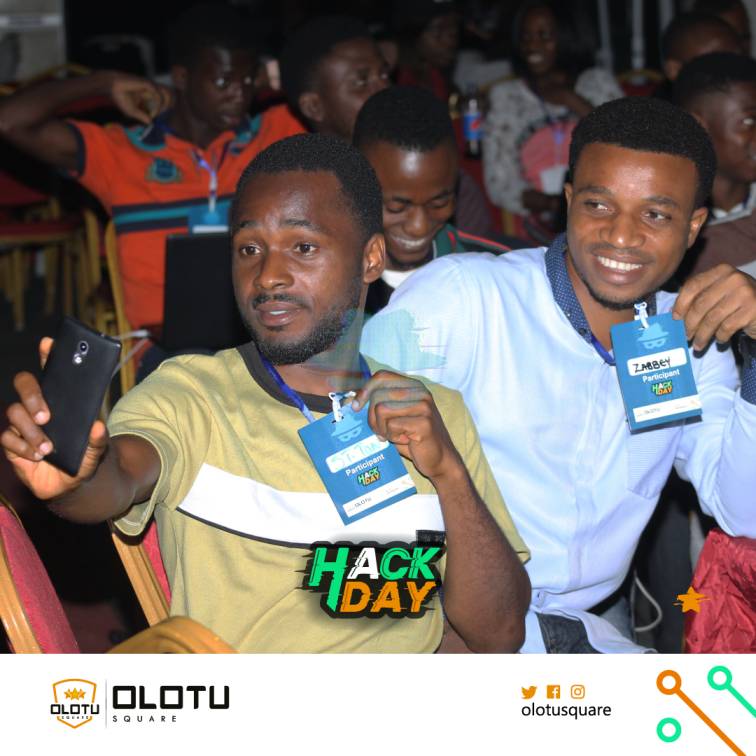 The introduction to hacking, what to expect, ethics and etiquette of being a hacker, importance of hacking to the industrial world were enunciated by the Founder & Community/Partnership Lead. Bruce Lucas. 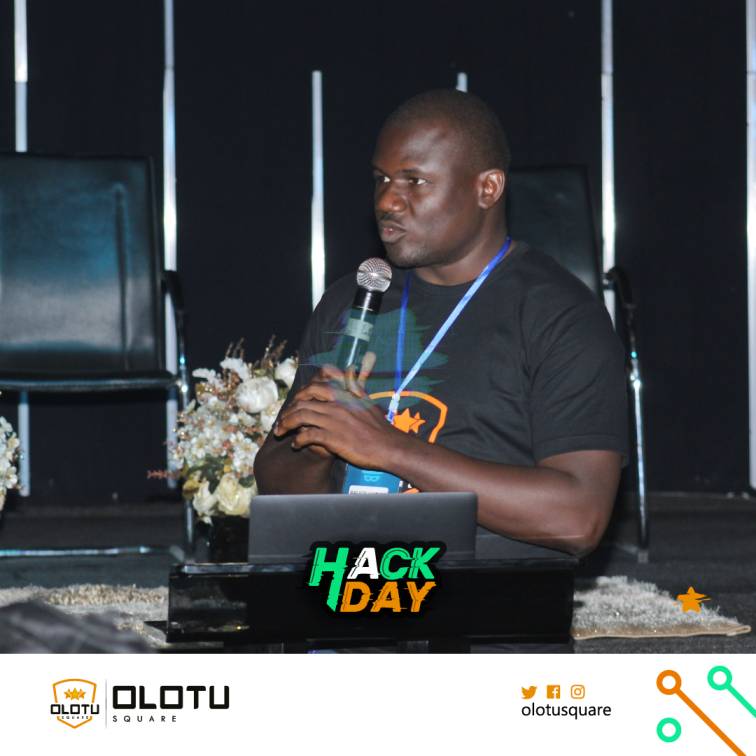 Josh Ike took over the stage to sensitize the audience about being anonymous on the web and then we proceeded to the panel discussion. 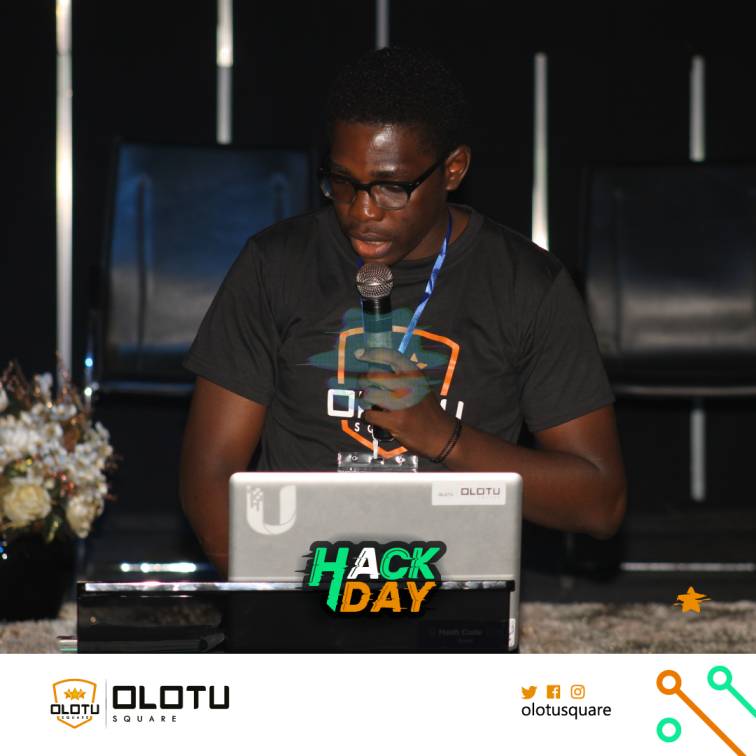 The panel Discussion gave participants the opportunity to pour out their curiosity by asking various question relating to what they think seems impossible in Nigeria as a hacker and the panelist did well by answering and give more insights into why hacking skills are needed by industries in Nigeria. All the panelist then told their stories into what led them into exploring hacking and getting certified in forensics and other disciplines in the hacking field.

The event then proceeded to a breakout session where most of the fun took place as it was a practical hacking session.

The participants were divided into three; the web hacking team, the Android Hacking team and the CCTV and Google hacking team. Each group was given an hour to explore various tools and techniques needed in being a successful hacker.

The CCTV team contained a mix of all tech enthusiast as they only saw it in movies and they wanted to know how a CCTV camera can be hacked.

At the end of the day, the participants learned a new skill and they quickly gave themselves the term hackers as they now have the skill needed to be called one.

Thanks to all who came for the event.

Special shout out goes to everyone who participated in the planning and organizing of the hack day event.

This event was Supported by MTN Connect Rumuokwuta and KoworkNG 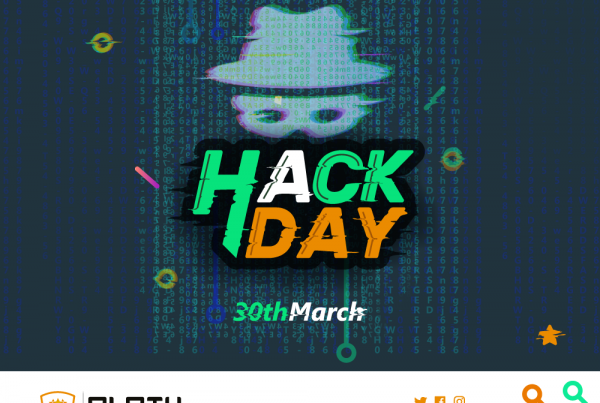 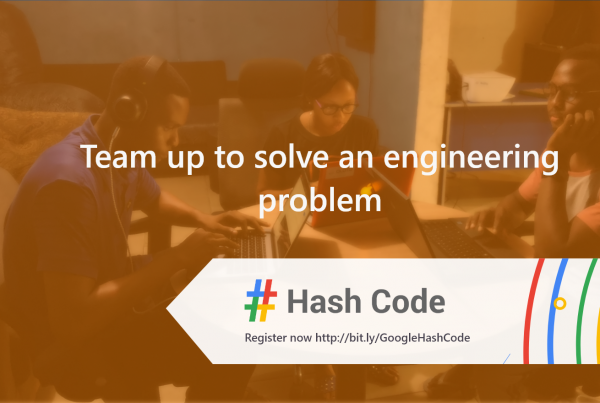 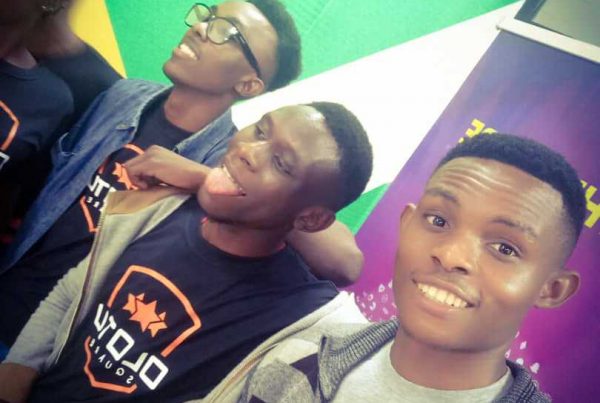